Qubit Business Duet have talked to entrepreneurs from Irkutsk about intellectual capitalism in Russia and how to turn knowledge into capital in the new economy.

Such topics became the subject of interesting discussions within the framework of Smart Talk when the experts shared their knowledge, the participants were able to express their professional views freely, share their experience in intellectual production organising, and outline the areas of cooperation in development of the intelligent service market and the К2В Sector (Knowledge to Business).

The topic events held by the Qubit Business Association in 2016-2019 together with the Russian Academy of National Economics and Public Administration under the President of the Russian Federation (RANEPA) and the Skolkovo Found Technopark in Moscow, with Kommersant Publishing House and ITMO University in St. Petersburg, sparked public outcry.

Valery Platonov and Pavel Savchenko say, “A knowledge-intensive economy should be a motive for modernization of the national economy of Russia. The nation intellect is the country’s most valuable capital!”. 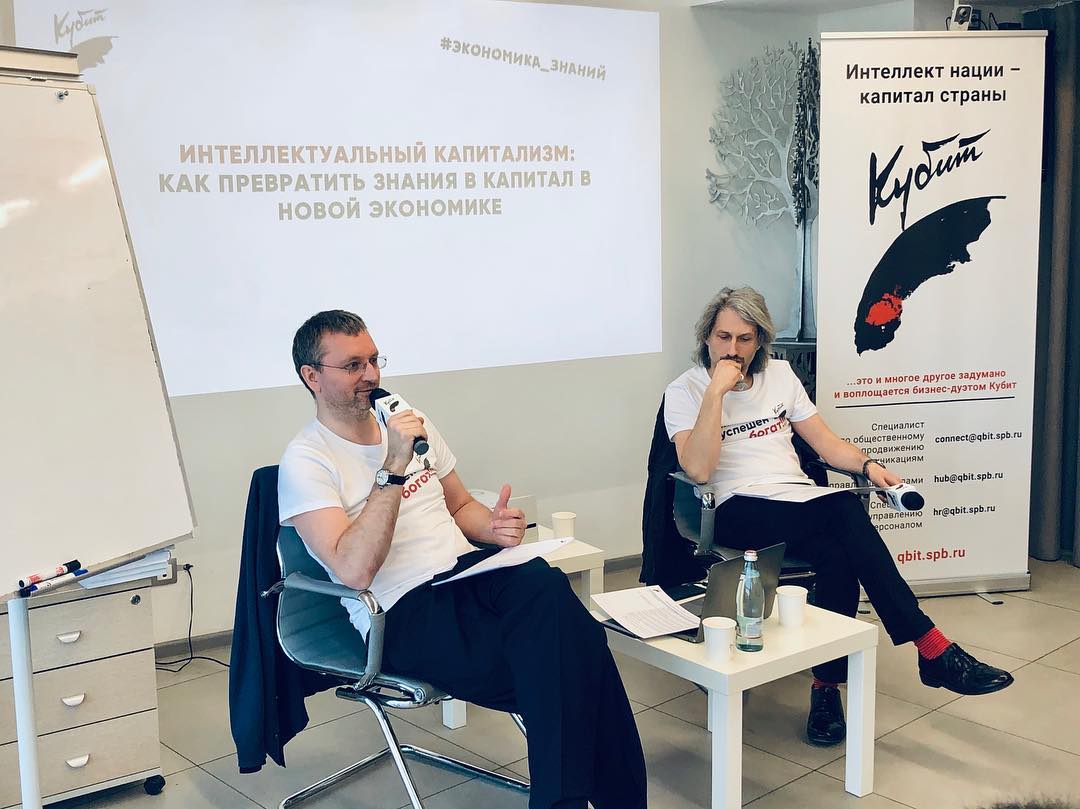 “Intellectual production in the К2В Sector” Skolkovo round table

The round table with Kommersant Publishing House “Intellectual Production: Knowledge to Business”